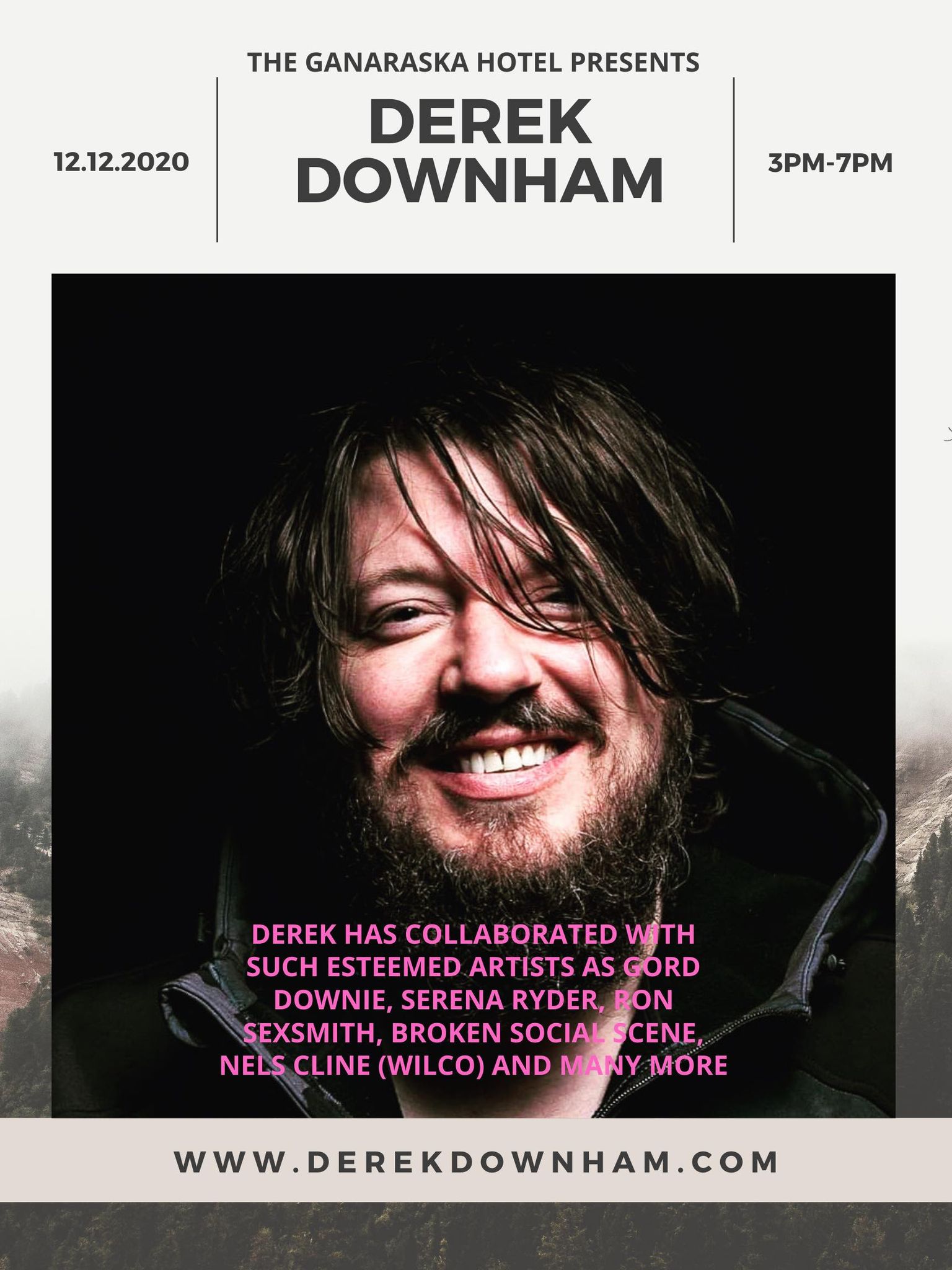 Derek has been preparing songs for his upcoming solo release in 2021. His collaborations on this album include songs co-written with the late Gord Downie (of The Tragically Hip), Canadian songwriting treasure Ron Sexsmith, Kevin Drew of Broken Social Scene, Serena Ryder and many more. The guests on this album features the talents of international opera diva Measha Brueggergosman, Blue Rodeo's Colin Cripps, Nels Cline of Wilco, avant garde artist Kurt Swinghammer, Charles Spearin (of Do Make Say Think/BSS/Feist), baroque-pop queen Sarah Slean and many more notables.

Derek is looking forward to returning to Port Hope to play an intimate, safe and distanced show at The Ganaraska Hotel.
Lovingly known as "The Ganny" to many, this legendary venue has been the go-to for locals in the Northumberland area for several decades.

Derek Downham grew up in Port Hope, and has a heartfelt connection with the area and community. He attended Dr. SJ Hawkins upon arriving in Port Hope, and also attended Port Hope High School. He also grew up playing hockey for Port Hope as a goaltender and even worked at the Jack Burger Sports Complex.

Port Hope has long been a hotbed for great musical talent, and Derek is a part of that grand tradition.
He has performed on The Late Show (with David Letterman), earned a Juno award, and collaborated with many of Canada's biggest names in music. Curated cover material and the odd Christmas song will pepper throughout the sets, and you never know who might walk on stage to join in on the action.

Derek has been a long time member of legendary Toronto band The Beauties (NOW Magazine's "Best Roots Band").
Come visit beautiful and historic downtown Port Hope for this special show, right along the picturesque Ganaraska River.
Be sure to arrive early to assure a seat.

Special reservations may be available upon request for certain events and for the disabled. Please call ahead to the Ganaraska Hotel if you have any inquires regarding seating etc.

For inquiries about rates and availability, please contact info@derekdownham.com